Medications for Alzheimer’s, Urinary Incontinence, and the Prescribing Cascade

This adverse drug effect of cholinesterase inhibitors became well-documented after the medications were approved and more widely prescribed. It is important to be aware of and recognize this potential effect because it often leads to the addition of another medication to control the incontinence. Adding a drug to manage the side effects of another drug is referred to as a “prescribing cascade” and is one of the several causes of polypharmacy.

A new study published in the Journal of the American Geriatrics Society (online December 2, 2021) keeps this adverse effect on the radar screen. The study identified nearly 525,000 Medicare beneficiaries age 65 and older who were taking one of the above 3 dementia medications. The main outcome was the occurrence of a new diagnosis of overactive bladder or a prescription for a drug to treat overactive bladder. This study has an added twist because it went further than previous studies by looking at which of the dementia medications a patient was taking.

The investigators found that donepezil, by far the most commonly prescribed of this drug class, was more commonly associated with the main outcome—that is, a diagnosis of overactive bladder or a prescription for a drug to treat it. Patients were 13% more likely to develop overactive bladder or be prescribed a medication to treat it if they were taking donepezil compared to galantamine or rivastigmine. The actual frequency of patients who met the main outcome was 5.11% who were taking donepezil, 4.64% taking galantamine, and 4.95% taking rivastigmine.

The results of this study can be used to guide drug selection among the different cholinesterase inhibitors for patients at risk of urinary incontinence. The study also serves to reinforce the importance of this adverse drug effect, one that impacts the whole drug class, but perhaps more so for donepezil.

An important concern about the development of urinary incontinence in patients with dementia is that one of the drug classes used to treat overactive bladder also is known to potentially contribute to confusion and worsen cognitive function. It is a problematic cycle. These drugs, called antimuscarinic drugs, are the least expensive agents for treating urinary incontinence and have been widely available for many years. A newer class of drugs called beta3-agonists also treats urinary incontinence. Drugs include mirabegron (Myrbetriq®) and vibegron (Gemtesa®). These newer drugs are available only as brand name products and are thus more expensive. They carry the risk of increasing blood pressure in some patients; however, they do not affect cognitive function.

Every drug therapy has both clinical benefits and risks. In the case of Alzheimer’s Disease, some of the medications that are prescribed to slow cognitive and functional decline can also contribute to urinary incontinence. This latest research provides information that can help guide us when choosing between dementia medications. Equally important, it reminds us to recognize and hopefully prevent a prescribing cascade. 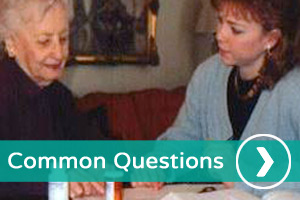 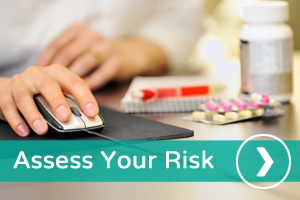